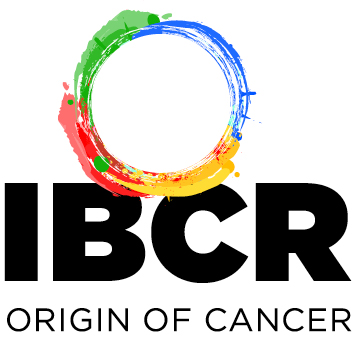 WHAT WE ARE
WORKING ON

Curiosity, creativity and ingeniousness characterize the scientific aspiration of the research team of
IB Cancer Research. We aim to look beyond inherent opinions and established paradigms.
We believe in the necessity to leave the beaten track of cancer research, rather considering an interdisciplinary approach of cancer evaluation, encompassing medicine, biology, biochemistry, biophysics, chemistry and physics.

WHAT WE ARE WORKING ON

Why are there reasons to question the
dogma of the somatic mutation theory?

The somatic mutation theory has been the prevailing paradigm in cancer research for the last 50 years. In brief, it proposes that successive DNA mutations in a single cell cause cancer. According to this scientific doctrine, research in the field of molecular oncology primarily focusses on genetic alterations. In contrast to the well-accepted opinion that mutations are responsible for cancer initiation and progression, we hypothesize that the complexity of cancer formation cannot be exclusively controlled by a single parameter, such as the genome. We believe that non-genetic alterations equivalently contribute to the pathological transformation process of healthy cells to become cancer cells.

Our hypothesis is based on the assumption, that cells should be considered as thermodynamically open, self-organizing, complex systems, which are far away from equilibrium. In an attempt to maintain cell homeostasis and thus, high entropy, cells spend energy and release heat. Translated to our theory, perpetuation of the high entropy state does not rely on the genome and thus, the DNA alone, but rather on a plethora of dynamic cellular processes.

Theories on the origin of cancer

The origin of cancer is a matter of debate among scientists for hundreds of years. A first ground-breaking observation is predated to 1858, when Rudolf Virchow was the first to correctly link the origin of cancers from otherwise normal cells. More than 100 years ago, Theodor Boveri, in his landmark publication „Concerning the origin of malignant tumors“, predicted chromosomal instability as a key hallmark of cancer. With the discovery of the first oncogenes 1975, the somatic mutation theory (SMT) has become the prevailing theory, despite other hypotheses were considered as underlying reasons of cancer development at that time. However, experimental evidence is still lacking, showing that mutations are the exclusive origin of cancer. Therefore, researchers tried to find alternative explanations. A brief summary including pros and cons of these theories can be found here (link).

We illustrate cells as thermodynamically open, dissipative systems perpetuating states far from equilibrium. Physiological cell functions are orchestrated to provide sufficient energy and sustain cellular entropy by intracellular processes. Accordingly, all cells are subjected to a tight dynamic regulation, in which genes contribute to maintain the structure, but we believe that there are other determinants of biological, chemical, and physical nature (e.g., pH value, ions, temperature), which are equally important.

We hypothesize that all hallmarks of cancer, as proposed by Hanahan and Weinberg, can originate from persisting perturbations of the dynamic equilibrium. We do not necessarily exclude a contribution of mutated genes to the failure to resist progression of disorder, however we doubt that solely genes are the driving force of cancer development. We are convinced that it is not a linear chain of causal events but rather a combination of various self-organized functional modules, which determine the transformation of a normal cell into a cancer cell.

Self-organising systems and the cell

By definition, self-organization is the capacity of a system to reorganize its own structure, through collective interactions of its individual components. Thus, cells, with their constant energy dissipation and myriads of local interactions, resemble self-organizing systems.

Research during the past 20 years has illustrated that answering the question of the origin of cancer is by far more challenging than originally expected. In an attempt to satisfactorily describe the complexity of cancer formation, we believe that the plethora of highly dynamic cellular processes cannot be regulated by gene expression alone. Based on this assumption, it might be more likely that various intracellular determinants tightly corroborate in order to establish a dynamic equilibrium. Subjected to thermodynamic laws, a high cell order can be regarded as the summary of all energy-spending processes, which contribute to maintain cell survival. The thermodynamic equilibrium is countervailing these processes and cells need to supply enough energy for compensation.

According to our hypothesis, cells can be considered systems, which are dynamically regulated through continuous interactions of molecules and assembly/disassembly of molecule and organelle structures. We assume that signal transduction cascades are not based on defined reaction steps but rather depending on probability. As a consequence, stochastic events instead of directed processes determine the way of interaction, driven by the probability of a molecule meeting its reaction partner. Thereby, the frequency depends on energy supply and concentration of the reaction partners. Of note, these reactions also strongly depend on the environment, e.g., pH value, temperature, electrolyte composition or concentration.

It is increasingly recognized that linear chains of causality and simple inventories of components are not sufficient to explain the dynamic patterns typical for the complex interactions that control individual cells. Cancer cells might be considered as cells, that have acquired a sustained perturbation of these dynamic patterns. Within the body, cells can be regulated in multiple ways with high variation. For the purpose of a better illustration, we have described four central principles:

RNA and DNA serve as transfer and storage units for information. Based on the assumption that mutations induce information changes, this follows a change in the information content, i.e., entropy, which subsequently induces protein changes. This linear cascade follows the central dogma in molecular biology, and we agree with this widely accepted principle. However, we believe it is unlikely that genetic mutations are solely responsible for cancer initiation, at least in the vast majority of cancer entities.

Dissipation of energy, i.e., ATP or GTP is crucially involved in cellular dynamics, hence, in self-organization of living cells. However, loss of energy is problematic. Although there are compensatory mechanisms that prevent from cellular damage up to a certain degree, sustained energy deprivation can induce irreversible perturbations.
As a consequence, reaction processes might be altered in an irreversible way, which may affect modules of minor importance or of high relevance. Depending on the relevance, minor important alteration might increasingly accumulate, eventually resulting in a major irreversible interruption. In contrast, alterations of high relevance have immediate impact on cell fate.
Both scenarios could contribute to the transformation of a normal cell into a tumor cell.

The content of both intra- and extracellular milieu largely contributes to cell regulatory functions. Acute as well as chronic alterations might be induced depending on the milieu composition, which in turn result in the same detrimental interruptions as described in the chapter „Energy“. Such detrimental aberrations could result from: aberrant pH value, inflammation, hypoxia, insufficient nutrient supply or accumulation of degradation products. Also, foreign products, such as toxins can be involved.

Biophysical and biomechanical properties are of fundamental importance to the cell and influence cell anchoring in the environment, e.g., the proximal and distal direction of an epithelial cell results from anchoring. Moreover, biopolymer cytoskeletal components (e.g., actin, desmin, tubulin) largely control cell mechanics, locomotion, or differentiation. Perturbations within this system result in attendant changes in cell deformability, cytoadherence or migration, which can only be restored upon re-establishing of the initial cytoskeletal architecture. Experimental approaches could already establish perturbations of the mechanics of cancer cell deformability and its interactions with the extracellular physical, chemical, and biological environments.

Histopathological change, eventually leading to tumor formation.
Noteworthy, the heterogeneity of the tissue and the occurrence
of an enlarged cytoplasm of numerous hepatocytes. 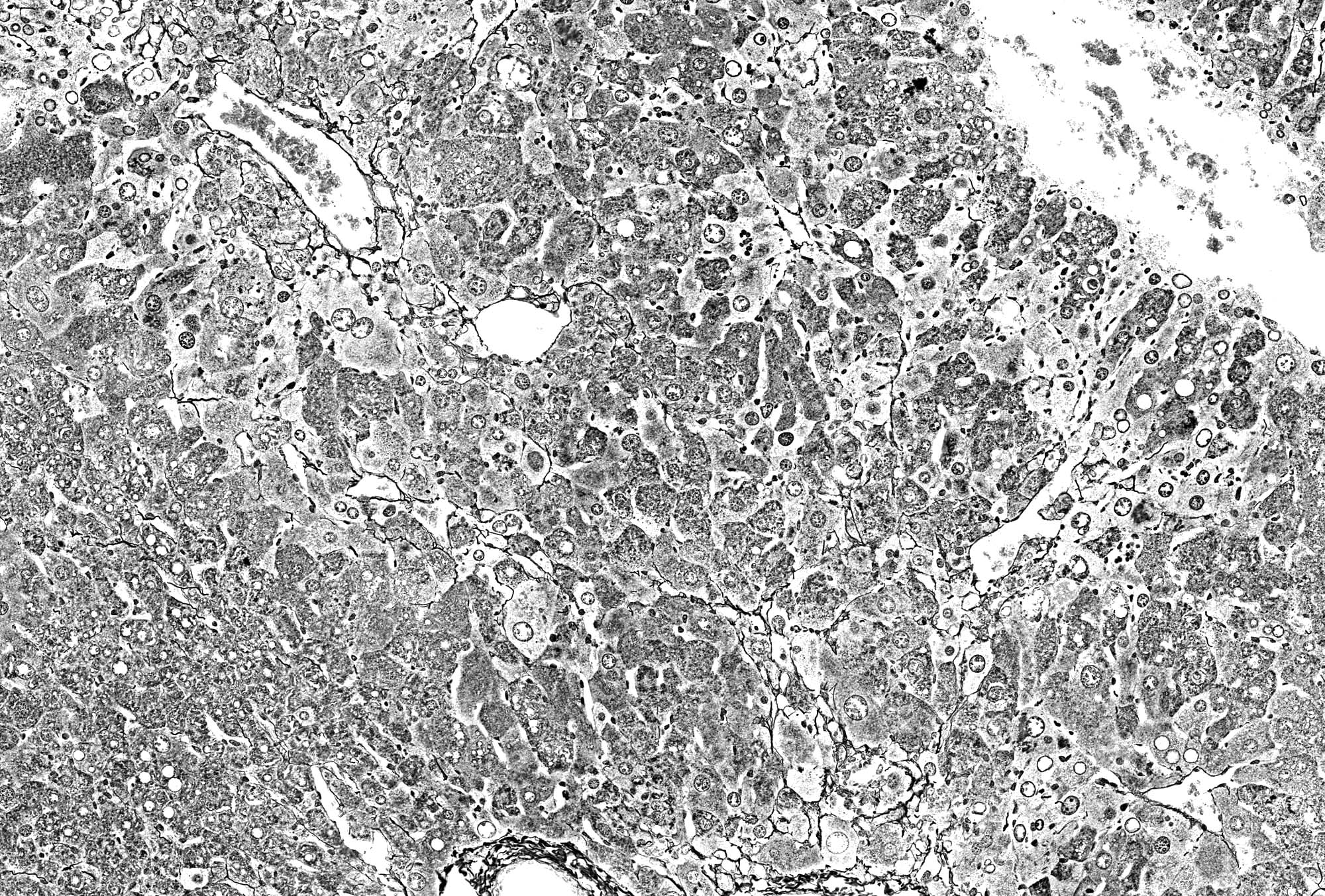 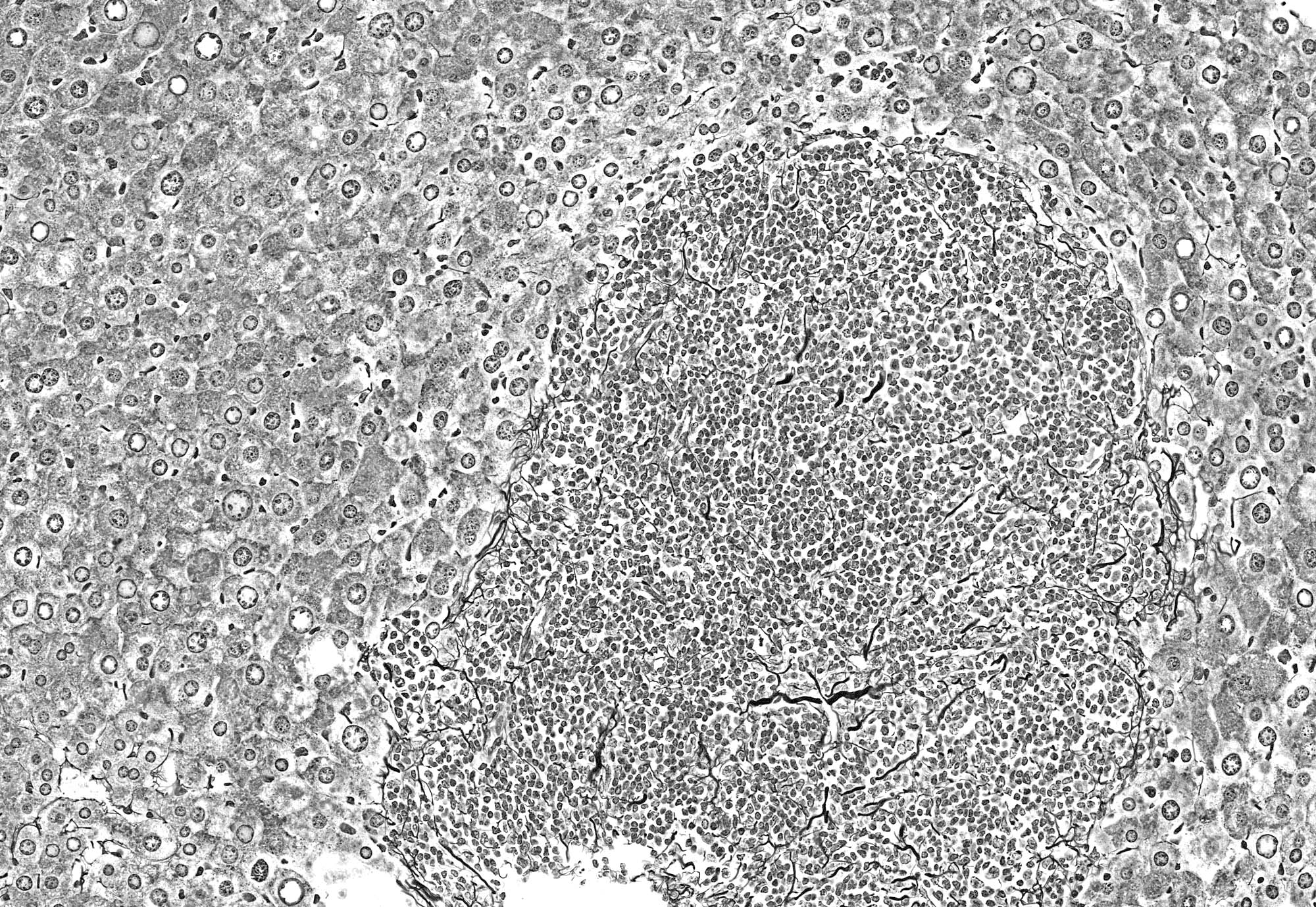 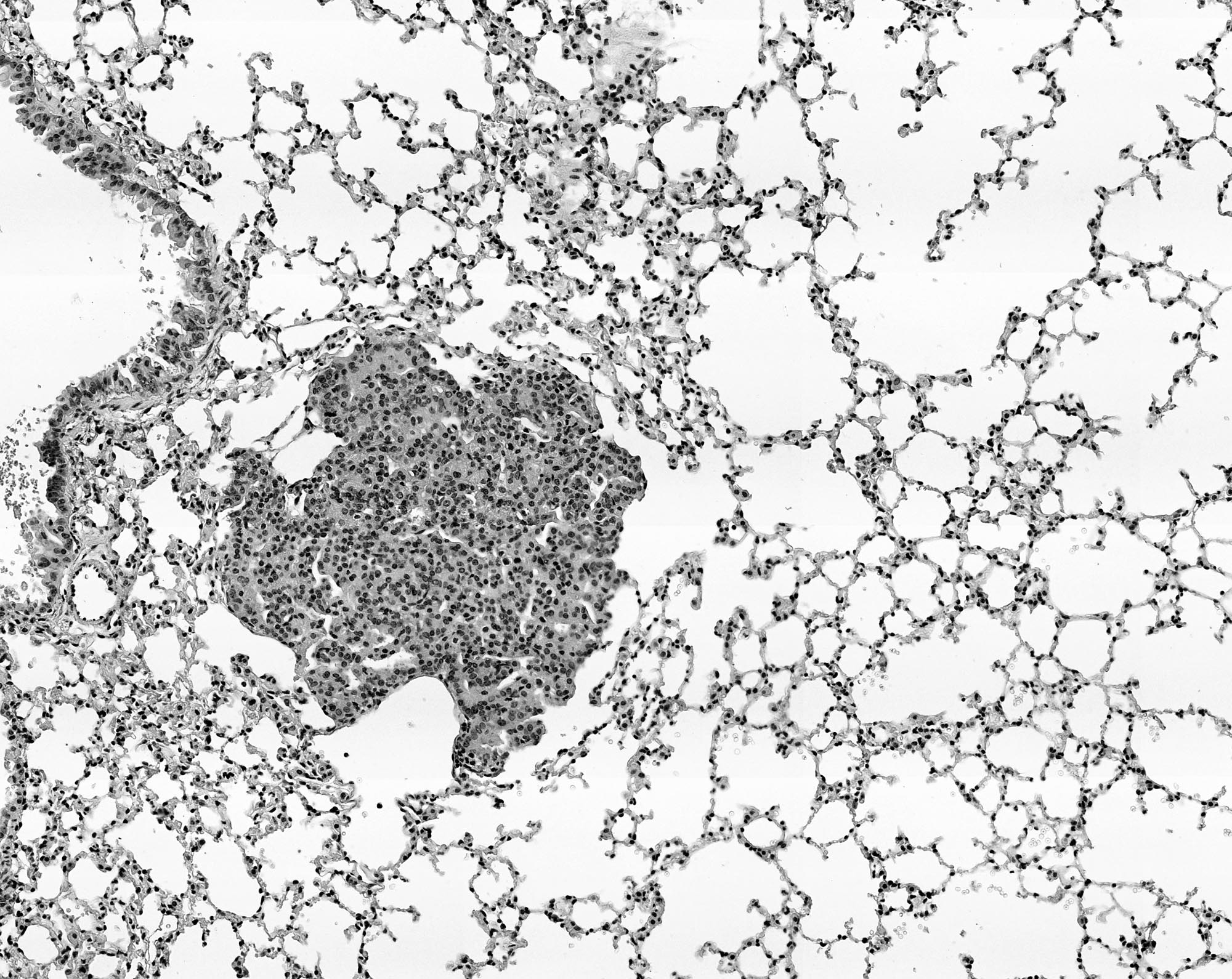 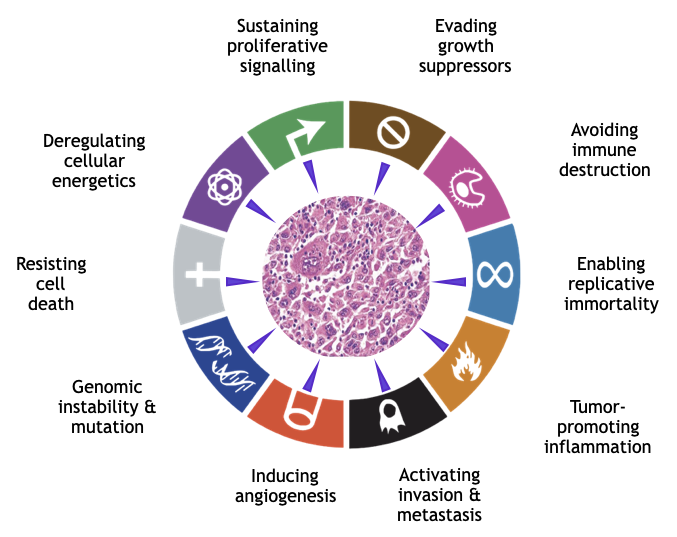